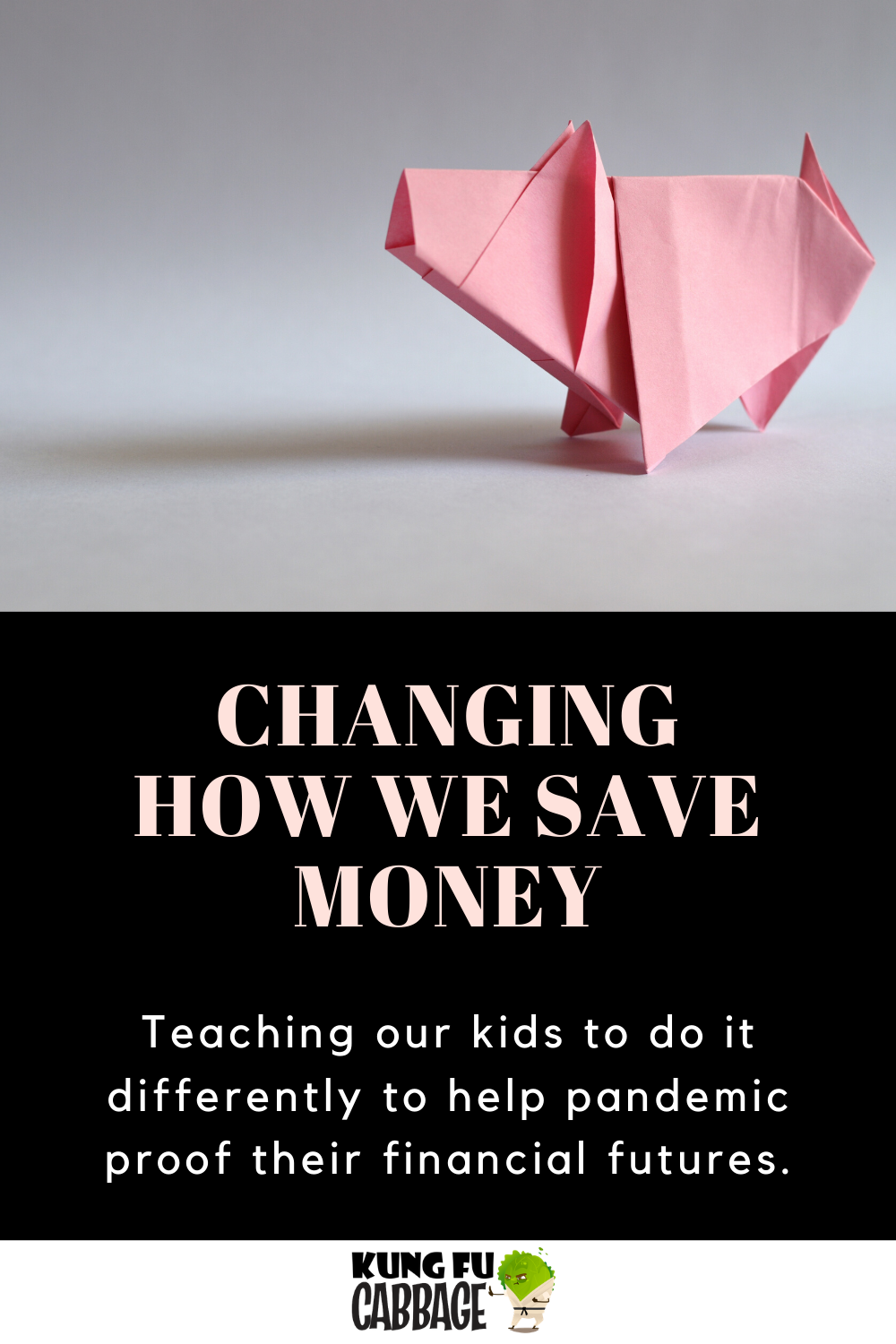 Imagine that you had saved half of every dollar you have ever made.

Half of every single dollar you have earned in your lifetime sitting in the bank.

How much money do you think you would have right now?

If my math is correct, I would have roughly eleventy-billion dollars (I rounded up). Ok, probably not that much. But as a 40-something, it’s a good bet that I would be a millionaire right now. And I most certainly am not a millionaire. I am rocking my thousandaire status, but I am far from being financially independent.

A bad couple of months and/or a lost job would put my family in a world of hurt.

But this is normal, right? This is how people live.

Because it’s what we know.

How we were raised

Why do you wash your hands after going to the bathroom (you better…)? Why do you say please and thank you? Why do you eat eggs for breakfast and not dinner? Why do you celebrate Christmas or honor people on their birthdays? Why do you do what you do in any aspect of your life?

It’s how you were raised. You were reminded time and again. Habits were created, traditions followed. It’s what people do.

Now before I go any further, none of this is a judgment on your parents, my parents or anyone else. So don’t go running off to your mom telling her that I said she raised you wrong. She didn’t. It wasn’t her fault. It was her parents’ fault. Ok, kidding. Kind of.

Some of them have stories of struggling at one time or another, but time has a way of softening the experience. And I tell you what, humans really have a hard time learning from our mistakes. Plus, it’s normal to struggle.

But right now, you (yes, you, reading this) have an opportunity to change. And while you may not get that million dollars in the bank, imagine how you can change the lives of your children simply by teaching them a new habit. A habit that is no more difficult than remembering to wash your hands, or saying “thank you“. But a habit that down the road will set them up to never, ever, live in fear of not being able to provide themselves with food, shelter, and safety. A habit that will likely lead them to a life filled with abundance and true financial confidence. And possibly even financial independence.

We say “please” and “thank you” because it’s the right thing to do. It’s polite. It’s proper. It’s a habit. But when our kids are little, we have to remind them constantly. CONSTANTLY. “What’s the magic word?” we prompt them when they ask for a cookie. “What do we say to the nice lady?” we ask them when they are handed a toy after seeing the dentist.

We can make saving half of what they earn the same kind of habit. They won’t understand why, but kids don’t understand why we force them to be polite either. But they do it because it is a means to an end. They want the toy, so they use the words you taught them to use.

Saving money doesn’t have the same immediate gratification as being polite, but there are ways to incentivize the habit of saving money to ingrain in the next generation that it’s not normal to live paycheck to paycheck. Let’s make saving money the new normal. Let’s set up future generations to be in the driver seat of their financial future. You can’t do much from the back seat except pray. From the driver seat, they are in control.

It may not be practical for them to save half of their earning during their entire lifetime, but if you set them up with the right habits early enough, two things will happen.

First, they will reach adulthood with some money in the bank – that they earned. And a few thousand dollars invested properly from the time they are 18 until the time they retire, will amount to a pretty decent return. In fact, $2000 invested at the age of 18, with no additional contributions at a 10% rate of return (which is the S&P 30 year average) will yield over $200,000 by the time they are 65. Not enough to retire on, but better than nothing. Starting with $5,000 in the same scenario will yield over half a million dollars. Add just $100 a month to the $5,000 and at age 65 they will be sitting on $1.8 million dollars.

And second, they will have developed the habit of saving first. And when their first instinct is to save as much as possible before they spend, they will be on a course to never have to worry when they are faced with challenges in their life that may compromise their income.

So I challenge you to consider making saving half the new normal in your house. Start with your kids, and work your way up to changing your own habits to try and save more of your income each month.

To help inspire you kids to “save half” I put together a free PDF printable here: Save Half Kids Money Tracker. Print it out and make it a regular part of their routine. Better watch out though, pretty soon they may have more in savings than you do!

Welcome to my brand new blog (officially launched April 1, 2020). I am working hard on new content! Please learn more about me here: About The Cabbage. Make sure to subscribe (see form below) and I will email you my latest articles.
I know a lot of people like to actually see the person behind the blog. Know their name. It helps you connect when you see that they are an actual person (as opposed to a brain-sucking alien?). I promise that I am a real person. Weird, yes. Extra-terrestrial, no. But when it comes to being vulnerable and transparent about my financial situation, I felt anonymity was important. So, you can call me whatever you want, just know that I am on this journey with you even though you can’t see me.

Sign up so you don’t miss a single article!

We are a participant in the Amazon Services LLC Associates Program, an affiliate advertising program designed to provide a means for us to earn fees by linking to Amazon.com and affiliated sites.